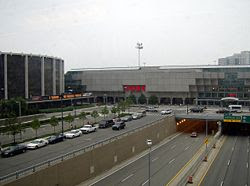 Currently, we are fighting for a better legislative bill on behalf of the Cobo Convention Center. Cobo Hall is a major jewel within the City of Detroit that brings in millions of dollars to Detroit, surrounding businesses and communities. Currently, the integrity to its business philosophies are being challenged. There is no question that the Cobo Convention Center needs major renovations to improve the quality that it should bring to vendors, sponsors, and investors. And perhaps, the facility should be managed by an appointed legislative regional authority. However, the cost over the years that Detroit residence has invested its tax dollars to maintain the facility should not go unwarranted nor should it be ignored. Every investor wants a return on its monetary value. Granted, there is possible lost that may incur, nonetheless a 300% return on any investment is always the golden rule.

Should Detroit had accepted the 20 million and walked away or is representatives doing the right thing by fighting for a better deal?

I Want to Hear From You, Detroit!!
Please note: A Better Deal for Cobo Hall Rally is being organized by "Yes We Can" on Saturday, March 14, 2009 at 12pm. This rally will take place at Triumph Church, Eastern Campus. The address is 2760 E. Grand Blvd. Detroit, 48211. Please plan on attending and make your presence known. There will be elected officials present to share with the community how we can fight for what is right! I'll see you there..

Great to know about this center.. 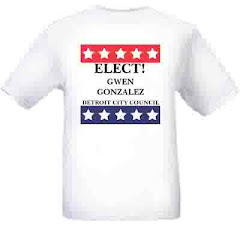